The theme of Danzón originated from the participation in 2013 in the workshop held by the photographer Mary Ellen Mark in Oaxaca, Mexico.

Dance as a moment of integration, a manifestation of complicity, the enhancement of common ideals, has always been a privileged object of my reflections. The images taken in Mexico during the Festival Nacional del Danzón, fit into the wake of some photographic projects that took shape during the years of study at the Academy of Fine Arts, which focused attention on the female figure and on the artistic contaminations between dance and the visual arts.

Danzón is originally a Cuban dance, but it became popular in the Gulf of Mexico, precisely in the state of Veracruz, due to the strong Cuban influence in that region. The Danzón also spread to Mexico City, especially in the famous club ‘Salón México’ and is still danced in many Mexican cities and popular national holidays today. The music that accompanies the Danzón is elegant and virtuous and it is danced with pre-established steps that differ stylistically according to the region in which it is danced. Due to its popularity, the famous piece of music by Arturo Márquez, written in 1994 and titled ‘Danzón no. 2 ‘, is called by many “the second Mexican national anthem”. Different facets of this traditional dance confront each other at the end of June in Oaxaca where the Festival Nacional del Danzón is held. The images depict the dancers photographed in their homes, during the dressing ceremonies in traditional costumes, during exercises in dance schools and, finally, in the square in Oaxaca at the height of this great event. Of all ages, coming from different places, they often have in common a non-thriving financial situation. In each of them, dance and the joy of the dance have a saving power, functioning as a fundamental, motivating reason for living and socializing. 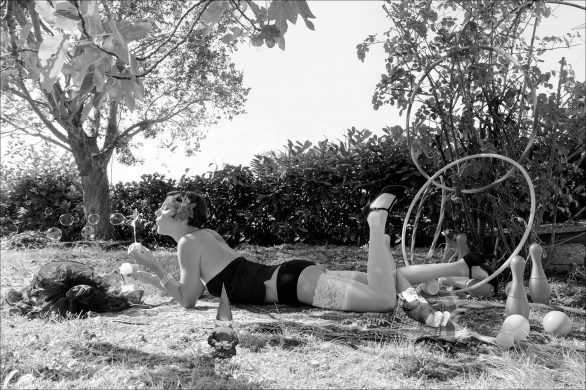